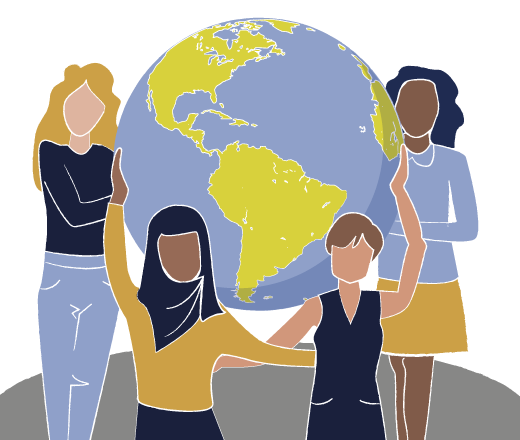 Back in the early-1990s I worked for an organisation that had a huge pool of money invested in shares in UK companies. Part of my job was to visit these companies and assess whether or not we should continue to invest in them. On one such visit to a dairy company, which bottles and distributes milk around the country, I sat in a room with about 35 men and one other woman to listen to the Chief Executive tell us how the company managed to keep its profits growing. I remember only one point that he made, which was that, thanks to the recently adopted use-by dates for products that might go off, “housewives” (I kid you not) were throwing perfectly good milk down the drain on a regular basis and so buying more milk than they needed. This in turn was bolstering the profits of said milk producer. Cheers all round.

Profit at any cost

I do remember catching a glance from the other woman in the room and us both indulging in a teeny-weeny eye roll at the derisory tone with which he said the word “housewives”. And I like to think that I was vaguely uncomfortable with the idea that throwing good milk away was meant to be applauded. But I can’t be sure on that last point. After all, this was getting on for thirty years ago and I’m pretty sure that the City had little time for thinking of investing as anything other than a purely financial arrangement. The man of the moment certainly had no qualms about openly presenting his company as one that had ‘profit at any cost’ on its mind. And with that message firmly embedded, we all donned our white coats and hair nets and trotted around the facilities cooing at the shiny bottling machinery.

No planet to graze on

Even if I can’t be certain of my own ‘sustainable’ credentials at that point, I am pretty sure that if I were in that room today I’d call him out. Not just on the ‘housewives’ thing (although that still rankles) but – much more importantly – on the complete lack of social responsibility around food waste. And, of course, it isn’t just about the waste in our kitchens. Excessive dairy farming comes with a host of other potential areas of concern, not least of which using land to grow food to give to methane-emitting cows which, if the worst of the climate change predictions come to pass, won’t have a planet – let alone a pasture – to graze on.

Oh, how things have changed

Where am I going with this? Certainly, as a dyed-in-the-wool full-fat-dairy-milk cappucino addict (if one a day equals an addiction), I don’t imagine that I can save the planet single-handedly by cutting out milk from my diet. But I do want to point out how much things have changed. Imagine someone today standing up and celebrating the fact that people throw their food product away. It would be like a social media company bragging about how it drives traffic on its site by pushing negative and mentally-disturbing content at teenagers…

Consumers and investors increasingly want to know that a company is decent. That it understands that, in order to thrive in the society to which it is selling its goods and services, it has to show respect. And governments and regulators are piling on pressure as well – there are growing expectations that a company will publish independently-checked, non-financial information about itself (ie about things that are not just to do with its profits), such as how much CO2 it generates, what it does with its waste materials, how it replaces lost bio-diversity and what it is doing to ensure that its workforce and suppliers are paid fairly and are safe and looked after. And, beyond that, the next step is for a company to take responsibility for the effects that its products have after they have sold them – for example how it aims to clear up after itself, by collecting single-use plastic drink bottles, offering repair services, taking back old products for re-use of the parts or engaging with the communities who have to live with the way it chooses to run its operations.

Interest in the inter-connected relationships between money, businesses, society and the planet is hotting up. I think that is why there is so much information coming at us in the media about the impending COP26 climate change summit in Glasgow. In the run-up, headlines have been dominated by report after report that the effects of climate change will be catastrophic if we don’t act faster and more drastically than we have to date. There is a sense that we can no longer address this problem by drinking through metal, re-usable straws and having meat-free Mondays. The fact that the media is able to maintain this level of reporting in itself shows that the public has become more engaged. To misappropriate Greta’s phrase, climate change is no longer being lost in the “blah blah blah” of news stories.

The power in your pension

I have just signed up for notifications on the BBC app around the COP26 summit. I’ve never signed up for a notification of anything before. But I have a sense that I want to hear this news. Rightly or wrongly (only time will tell), I have convinced myself that investment – in infrastructure, in new technologies and production methods, in poorer countries that are behind the curve and in people who want to make the world better and fairer and, let’s face it, viable for the future – is the best way forward. There was a statistic doing the rounds a few weeks ago that, changing the investments to ones that are focused on sustainability in your pension would be 27 times more effective in reducing your carbon footprint than not flying and becoming a vegan combined.* I can’t hold that one to account, but my instincts are that money could be the answer to the problems that money has created. And given that there are £2tn invested in UK pensions, that could pack quite a punch.

A conflict of duty

Yet, as a Financial Planner I find myself a bit conflicted. Always, the first duty is to the client’s best interests and to recommend investments that are suitable to their circumstances and – to the extent that they are not contradictory – to their wishes. I’ve been quite clear that if a client is not interested in investing responsibly or sustainably then it is not my job to persuade them otherwise. My job is to inform myself about what is on offer so as to choose what is appropriate. But, increasingly, I am finding that there’s a limit to the number of ways you can phrase the question: “Do you want to invest in companies that are taking seriously the risks to planet and society – and to their future profits – or in companies that don’t?”  Interestingly, the FCA, the financial regulator, is looking at the role financial advisers are going to play in this sphere, and I am curious to see how far any new rules will go.

Meanwhile, I shall prepare myself for a lot of climate-related news hurtling downstream as the delegates gather in Glasgow. There will doubtless be stories about how they got there, what food they are eating, whether they are drinking from plastic bottles and how many of them have recently replaced their gas-fired boilers. I’m prepared to bet that there won’t be much coverage of whether their pensions are invested sustainably or not but until we know that for sure I’m going to stare into my fridge to see if there is anything lurking in the bottom that I can make a soup out of. Not because that will change the world. But because it won’t do any harm.

*Make My Money Matter campaign – backed by Richard Curtis of Four Weddings, Notting Hill and Bridgit Jones (among others) screenwriting and producing fame

If you’re interested in this, I can thoroughly recommend a viewing of the Kurzgesagt video on Climate Change (found on YouTube). It’s largely science based and makes it clear when it is offering an opinion rather than a fact.