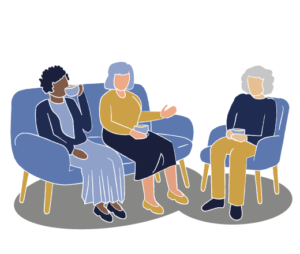 There’s been an awful lot of contradictory philosophising going on during Lockdown. On social media, in the newspapers, around the dinner table, in our own heads – it’s non-stop with the positive-negative-back-to-positive-again thinking. Remember the early pictures of Venice and its not-seen-since-the-Industrial-Revolution (probably) clear blue canal waters and how this led to positive thoughts about stopping all non-essential travel and basically staying at home forever? But then, more recently, we’ve been getting news about the economy flashing danger signals at us on an hourly basis, and we find ourselves willing everyone back to work to support the businesses that support the workers (…and because that little place that does the amazing muffins around the corner from the office simply can’t be allowed to go under). We’ve been battered and blown about so much, we don’t know what to think half the time.

Stop being so human

When it comes to the planet, the one message that does seem to be coming through loud and clear is not, in itself, all that helpful; namely that things would be much better if we could all just stop being so human. Stop wanting to live forever, stop wanting full and varied lives, stop spreading potentially lethal viruses amongst ourselves and stop wanting to reproduce. That, it seems, would solve a whole host of global problems.

On this last point, it’s been a truism for as long as I can remember that the single most useful thing a person in a developed country can do to save the world is not to have children. So, when I spotted a recent report on research that predicts that most of the world is moving towards ‘natural population decline’ – with some nations seeing their populations halved by the end of the century – I could surely be forgiven for thinking this would be seen as universally positive.

The world needs us to have more babies

But no. Apparently, the problem with this predicted global fall in the birth rate is that there will be too many old people draining our social and financial resources and not enough young people generating new ones. Help! Nobody wants to be the little old lady left dribbling on the outskirts of an underfunded and ill-thought-through social care system. What to do? Come on Women, forget the planet, we need you to have more babies!

Taking time and energy away from our earnings progression

That might have been a tad facetious, but this definitely presents yet another conundrum. Let’s look at the facts: women live longer than men but don’t have as much money to live on in old age. This is because we have been earning less than men and consequently have less in our pensions. And this is because… well, there are numerous reasons for this but one of them is that we will, damn it, keep on taking time and energy away from the straight career path that brings the bacon in to – you guessed it – have children.

Getting no thanks for it

And another thing (I’m on a roll now, don’t stop me) – this whole ‘having less in our pensions’ business is being presented to us as a shortfall that we need to address by saving and investing more (from the lower amounts being earned, mind you). No wonder it is occurring to women more and more frequently that the single most useful thing they can do to look after their wealth is not to have children. What does society want from us? More babies so that society can continue to support itself as it ages, or more savings and investments so that we women can support ourselves as we age? Women who have filled their pension gap with babies are getting no thanks for it!

It’s every woman for herself

In the olden days, company pensions were designed to meet the needs of a retired ‘couple’ (the amount paid out as pension each year would continue at half rate after the death of the (let’s face it, usually male) pension owner). But as these pensions are disappearing, it’s every woman for herself. And whilst we should give a shout out to the UK State pension that does, in fact, give credit for the years in which a parent stops earning to care for their child (as long as they register for Child Benefit), by and large, the bringing-up-children years are not valued at anywhere like the same rate as full-time devotion to a career that enables decent saving for old age. And this is often the case even where the ‘caring’ parent (let’s face it, usually female) is in full or part-time work, because the choices about the work being done by women with families are frequently informed more by how convenient the work will be in relation to the family than by how good it will be for her salary progression.

Dealing blows to our career paths

Now I am well aware that having children is not the only reason for the pension gap. But there’s no getting away from it, having children deals a number of blows to a woman’s career path. It simply isn’t realistic to expect women to carry on having children to save the human race from going hungry in its old age and, at the same time, save equivalent amounts of money in their pension pots as men. At least, not until society values – in ready money – the work that is done day-in, day-out outside the ‘office’.

And now that I’ve thoroughly depressed myself (and you, too – soz), it’s time to get practical. If the very word ‘retirement’ makes your head go all foggy, you need some clarity. I can’t change the way things are out there but I can gently nudge you to start preparing for what might just be a lengthy last chapter in life.

Some gaps are bigger than others

Financial planners are expert at making sense of pensions and retirement plans, but the fees are not within everyone’s reach, so in the ‘A bit more understanding’ section below I have set out some basic questions for you to ponder as a first step (we’ve got good at pondering, remember?). Knowing what you’ve got and what you need is the most fundamental part of formulating a financial plan for the future. And, as with all things in life, the gap in the middle will be bigger for some people than others…

[A quick note before we start: If you are part of a couple (and intend to stay that way), you can – and maybe should – do this as a joint exercise, pooling sources of income and items of expenditure. In many cases, if you have had children together – and if your career has been blown on and off track because of that – pooling your resources may be your only option]

Question number one: How much pension income will I have based on the provisions I am already making?

Question number two: How much guaranteed income will I have?

Question number three: How much will I need?

Question number four: Is it enough?