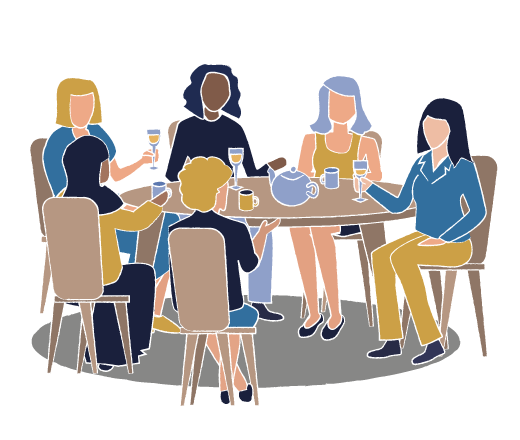 On one of a number of car journeys this summer in search of the ‘why would anyone go abroad when there’s so much in the UK?’ vibe, we caught a snippet of a radio interview with a 30-year-old woman who was on FIRE. If this conjures images of combustible man-made fibres and hair-singeing, think again. This was a woman who was planning her life around Financial Independence, Retire Early and reckoned she would be free from the need to be earning by the time she was 40.

A very cursory flick through the results thrown up by my friendly search engine revealed that the idea of saving big, spending small and jacking it all in before incontinence takes a hold is something that has been smouldering for nearly thirty years in the US. More recently, its flames have been fanned by the oxygen of social media coupled with the emergence of apps and calculators that are calling it ‘a thing’ (enough with the fire references now, I think).

At the nub of the FIRE principle is an old chestnut that we were all taught in school – and one that I have banged on about in previous blog posts: the magic of compound interest. The more you save and the earlier you start, the bigger the pot. This is because a) you’ve put more in and b) over time, you can get more growth on the growth. The maths principles are no different for FIRE than for any other retirement saving strategy – such as making regular payments into your pension from the start of your working life and investing for growth to match or exceed inflation (this will involve a degree of investment risk as interest on a savings account won’t be enough to protect from the effects of inflation over time).

…But a mental shift

However, the big difference is the mental shift required to be putting enough of your earnings away to make the whole FIRE thing work. Part of the FIRE principle is to pare back all frivolous spending, keeping an eye all the time on the prize of building your savings to the point where they are generating enough annual growth that you can live off this growth and stop working. In other words, valuing your future life more highly than your present-day life and making sacrifices in the here and now to fund the dream.

You have to save how much?!

Most of us who are not FIREd up to do this might have an arrangement where a small percentage of our wages effortlessly makes its way into a workplace pension each month. When you are following a FIRE regime, however, you are required to be saving… wait for it… over 50% of your earnings – maybe even as much as 70%!

Wow. How many of us can say that, in our twenties, after rent/mortgage, bills, food and transport costs we had anything like 50% of our salary left over for ‘savings and investments’? Clearly, if you are on an average wage you are unlikely to be able to retire after just 10 years of investing all your disposable income (everything that is left after the essential spending). The pot simply wouldn’t be big enough.

And whilst it’s true that the speaker was, herself, a woman, let’s remember that, on average, women’s pension savings still lag those of their male counterparts. For example, according to research carried out by Scottish Widows*, a woman on an average salary saving adequately (considered to be at least 12% of income) is saving about £2,300 a year compared to the average man saving more than £3,600. As a reality check, the woman on the radio was saving something like £50,000 a year!

Part of me applauds it…

Nonetheless, the idea of saving far more than you’re used to (and spending far less) is an interesting one. And I’m not sure what I think about it. Part of me applauds the idea of not wasting money on unnecessary purchases and being frugal and sensible with your personal resources – and I have on more than one occasion written about the merits of squirrelling away some extra savings/pension contributions whenever possible.

…The other part is horrified

But the other part is horrified at the extreme-ness of it all. Maybe it’s a British thing. Or maybe it’s a woman-in-her-fifties thing, but the notion of ‘moderation’ cuts both ways to my mind. Not just because ‘extreme saving’ has the ring of something innately dangerous about it but also because, you know what, life doesn’t go in a straight line. What if you get pregnant? What if you need to help a family member? What if you burn yourself out trying to reach your FIRE goal? (sorry, I did say I’d stop those references…)

Many of the tools that are available online for this sort of target-based investing are really useful as guides for how much you need if you are going to have a long period in your life when you live off your investments (otherwise known as retirement). Indeed, making these kinds of calculations is the bread-and-butter stuff of Financial Planning – but always served as a side-dish to the lifetime plans, not just as a plate of numbers.

I think what I’m trying to say is that it is undoubtedly a sensible and rewarding goal to save a bit more as early on as possible so as to have more options in the future. The more money you have saved and the longer it is left to grow, the greater the control you have over how you work and for how long. But I would caution against the effects of the endorphin rush that comes with treating it like an extreme numbers-game. I’ll leave you with two thoughts: