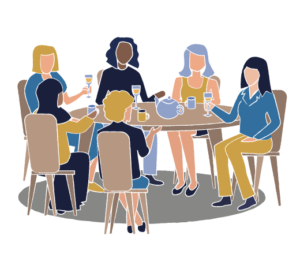 Number one in the series on Investing Biases: Carole proposes a look at some of the behaviours that can trip an investor up and starts by questioning whether the Overconfidence Bias is itself suffering from a male bias…

It is the stuff of family legend that, as a young child, my sister-in-law would reply to a vexed “Will you behave?” with a defiant “I am being ha(y)-ve”. It’s an anecdote that maybe works better verbally than on paper but nonetheless serves my purpose to illustrate how rules – be they of grammar, stock markets or lockdown – don’t always follow the logic you might expect them to.

In investment-speak, there is something rather grandly called the ‘efficient market hypothesis’. This states that, to varying degrees, the prices of shares on stock markets react precisely as you would expect them to given the information that is known about them and the companies behind them. If, for example, the share price of an airline company is flying high one day but the next day news surfaces of a global pandemic that puts a stop to air travel, you would expect the share price of the airline to plummet. This is because rational and sane investors will flock to sell their shares in this company as it is not going to making them a great deal of money any time soon. Irrefutable logic.

This does, however, rely heavily on us all being rational and sane. There is another bit of investment-speak that addresses the doubt in that assumption, the umbrella term for which is ‘behavioural finance’. This captures a number of common pitfalls that investors might stumble into because, funnily enough, we don’t necessarily behave in a rational and predictable way all the time. These pitfalls are (again rather grandly) called ‘biases’ and it is my intention to take a look at a handful of these in a series of blog posts, not just because I know you are bursting to find out more about this subject (could happen), but also because – surprise, surprise – I’m not convinced that enough women have been consulted in this area. Come on, it might be fun – I mean, what else are you planning for Lockdown V2.0?

Will you behave? Number one: Overconfidence Bias

If you type ‘Overconfidence Bias in investing’ into your favourite search engine (and you know you want to), you’ll get a definition something along the lines of:

Apparently this is a real problem in the world of professional investment management and can lead these “people” to take on too much risk and, ultimately, lose a shed load of money.

I’m sorry, what? Who are these “people”? Are we to assume from this that we are all – regardless of gender or any other differentiating feature – prone to this wonderful-sounding bias? I mean, I’m all for using gender-neutral language when it comes to describing a professional (even if ‘Royal Mail Operative’ doesn’t slip off the tongue quite as easily as ‘postman’) but it strikes me as a tad disingenuous to assume that a phenomenon that has been observed in a profession that is over 90% populated by men1 can be generalised across “people”.

So, just for larks, let’s change the definition of the Overconfidence Bias in investing to:

…and already, it makes much more sense.

Seemingly, this overconfidence thing can apply just as much to private investors as investment professionals – in fact, it is something that financial planners and advisers are trained to watch out for in clients. Behavioural finance is a field of study that gets more than a passing mention in the qualifications that financial planners are required to pass and, within that, the Overconfidence Bias is nearly always top of the list of pitfalls that we are meant to help our clients avoid.

Shuddering at the thought of risk

But again, who are these clients? I’m not a seasoned adviser, it’s true, but I’ve yet to come across this behaviour in a client – or anything like it. I’ve remarked often that, confronted with the notion of investing, many of the women I talk to shudder at the thought of taking any kind of risk with their money. As with anything, the unfamiliar feels uncomfortable and the skill required to actively meet the ‘uncomfortable’ head-on is one that many of us never manage to learn. Far from suffering a dose of overconfidence, we are perhaps more likely to steer well clear of the fearful or unfamiliar.

A bias that is biased

I can’t help suspecting that the Overconfidence Bias in relation to investing has failed to take account of a good deal of the population. Dare I say it, there might just be a male bias in this bias! It’s a couple of years old now, but the study most often quoted is that just one in five women (versus one in three men) currently hold an investment product*. Have the four in five women who don’t invest even been considered? I think not.

Underconfidence: a different kind of risk

In fact, in my (yes, limited) experience, far from guarding against overconfidence in clients, I feel I have more of a duty to look out for an Underconfidence Bias (not a thing, as far as I know. Not yet, anyway). Investing in assets that have the potential to grow (such as the shares of companies) means taking on some risk, and many women are not comfortable with that because they are not familiar with it. But when we shun these types of investment, we can be exposing ourselves to another risk: the risk of doing nothing.

The risk of doing nothing

The risk of doing nothing comes in two guises:

1) Inflation – this becomes more of a risk the longer you do nothing. If you leave your money somewhere that is ‘safe’ like a bank or building society account, over time there is a good chance that inflation will be higher than the interest rate you are earning and you will not be able to buy as much with your money as when you started.

2) No potential for growth – this is the trade-off for keeping your money in a ‘safe’ place. It simply isn’t going to grow.

The way I see it, any action (or inaction) that threatens the long-term growth that you need for your later-in-life savings is a risk. If Underconfidence is leading you to ‘do nothing’, then this is a risk that needs pointing out along with all the other investment risks that come with an ill-advised dose of overconfidence.

There are, unfortunately, no quick fixes for Underconfidence. It takes time and effort to become familiar with a subject matter that has its own language and assumes so much knowledge. And when it comes down to the detail of actually doing the buying and selling of individual stocks and shares there is much to be said for leaving it to the professionals. Nonetheless, this in itself requires a degree of understanding of what it is that you are asking the professional to do for you.

Opposite ends of the confidence spectrum

What I have talked about here are the two ends of the confidence spectrum. At one end, you might have an alpha male investment professional whose overconfidence could be his own undoing (no apologies for the male assumption here. It is what it is); and at the other end, a client with no investment knowledge or experience at all whose risk-aversion might be putting them at a disadvantage. Mr Overconfident thinks he is always going to make a tonne of money, while Inexperienced Investor thinks they are going to lose all their money. One exaggerates the potential returns, while the other exaggerates the potential losses.

Call me a lily-livered liberal if you will, but I believe there is room in the middle. When it comes to ordinary folk just trying to grow their long-term savings – be it in a pension or Stocks & Shares ISA – there is much to get your head around (see the ‘A bit more understanding section’ below for a starting point). Certainly, financial advisers and planners can help with building confidence – if we can persuade women to walk through the door (real or virtual) in the first place, that is. But I also believe the financial services industry in general would do well to stop worrying about the Overconfidence Bias and focus more on relating what they can do for investors in ways we can all understand.

1Morningstar Research Report: Fund Managers by Gender 2015 (US find managers – the position in the UK is even worse and there has not been much movement in the figures since)

Types of investment fund and services

Beyond these types of fund, others add a layer of ‘management’:

Multi-manager fund: might be called ‘fund of funds’ or ‘manager of managers’